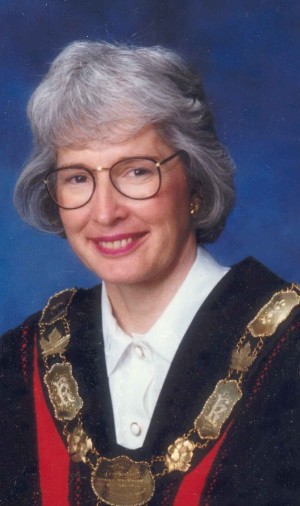 Three terms school trustee.
Member Cariboo College Board.
Voted Kamloops’ Woman of the Year.
Six years as Alderman.
Kamloops’ first female Mayor.
Kenna succeeded in making Kamloops a better place to live. Her popularity amongst voters was confirmed that she was a sincere servant of the people.

She was instrumental in:

Promoting Kamloops as Tournament Capital of B.C.
Building Riverside Coliseum.
Bringing the 1993 Summer Games to Kamloops.
She was very concerned about environmental issues and was a strong advocate for water and air quality in our community.

She always encouraged people, including herself, to be the best they could be. (from Stu Cartwright)