Lesra Martin, born in 1963 in Queens, New York. Despite passing school, he remained illiterate until he was sixteen. Regardless, Lesra was always keen to learn especially after a near-death fall from a five-storey building when he was 12.

His life changed when a group of Canadian entrepreneurs offered to help with his education in Canada after realizing his potential. He graduated high school in Ontario and received a BA (Honours) in Anthropology from the University of Toronto. He went on to obtain a law degree from Dalhousie University.

Martin became involved with the release of Rubin “Hurricane” Carter after serving 22 years in prison. With the help of the Canadian group, Carter was released in1983.

Martin’s story is portrayed in the film The Hurricane starring Denzel Washington as Carter. The National Film Board also produced The Journey of Lesra Martin.

He and his wife Cheryl have practiced law in Kamloops for over ten years.

Ian Weir is a stage and radio playwright, screenwriter, and novelist. Born in North Carolina, he was raised in Kamloops, and worked as a newspaper reporter before completing a BA in English at the University of B.C. and an MA in Medieval Literature at King’s College, London. Weir wrote plays for Western Canada Theatre Company in Kamloops that connect with the history of the city including Flyin’ Phil and The Mclean Boys (see entry on Phil Gaglardi and Donald Mclean) and the Award-wining The Idler in 1987.

Over the past fifteen years Ian has written extensively for television with more than 100 episodes for nearly two dozen series in Canada and the U.S., including Beachcombers, ReBoot, Flashpoint and Arctic Air. Awards include two Geminis, four Leos and a Writers’ Guild of Canada Screenwriting Award.

Ian lives in Langley, B.C. with his wife Jude and their daughter Amy (from Weir’s website and Small Cities interview). 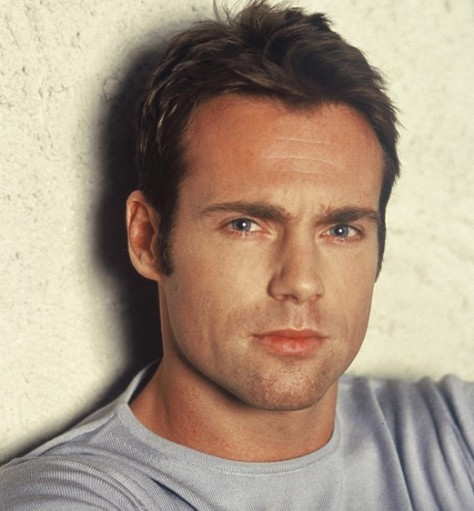 Michael Garrett Shanks was born December 15, 1970 in Vancouver and grew up in Kamloops. After graduating from the University of British Columbia with a Bachelor of Fine Arts in Theatre in 1994, he appeared in several stage productions, serving a two-year apprenticeship with the prestigious Stratford Festival in Ontario. He made guest appearances on TV series like Highlander and University Hospital, appeared in the TV movie A Family Divided and had a small role in The Call of the Wild, before winning the role of Daniel Jackson on the Canadian-American military science fiction television series Stargate SG-1.

Shanks lives in Vancouver with his wife Lexa Doig and two children. He enjoys playing hockey, and once considered playing professionally. He played the part of a school hockey coach in the 2006 TV movie Under the Mistletoe (Wikipedia).

Born March 12, 1942 in Los Angeles, California, died March 22, 2009 in Kamloops. Dick emigrated to Canada with parents and sister in October 1956. He Graduated from U.B.C.’s new faculty of music in 1964, and taught music in Revelstoke before settling in Kamloops. In addition to being an outstanding teacher, Dick was an outspoken political activist who rallied to keep the Coquihalla Highway from being privatized, and refused to compromise his ideals and morals as a school board trustee.

He lashed out at the provincial government for inadequate education funding. After he resigned from the school board, he turned his energies toward helping the homeless. He became an active member of a group called Changing the Face of Poverty, which is bringing together social, political, religious and health agencies to find ways that will truly make a difference for the plight of the homeless in Kamloops (from Kamloops Daily News). 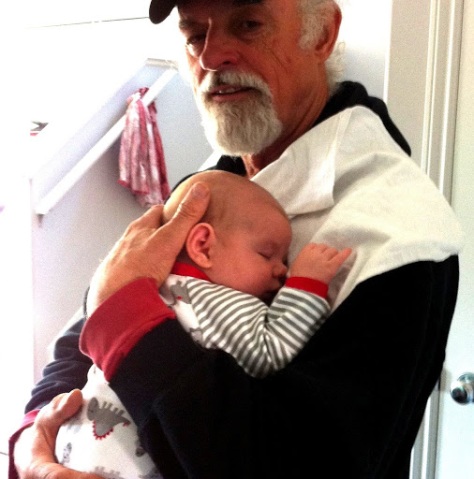 Rick Turner (born in Trail, B.C. 1947) is the oldest of 4 children born to English parents. Rick worked as a smelterman at Cominco mine and attended Selkirk College part time, later completing a teaching degree at UBC in 1973. He taught high school English in Masset, QCI, Barriere and Kamloops before retiring. Rick became active in the union after his first year of teaching but his social activism began in his teens when he became aware of the damaging stereotypes against friends who were Italians, Mohawks, and against his sisters.

He is a long-time NDP supporter and became president of the Kamloops-North Thompson riding association in 2009. He and Fawn Knox began the Kamloops Health Coalition in 2006 which now has over 200 members (from an autobiography).

Kanao Inouye (born 1916, died 1947). At his family’s urging, Inouye left Kamloops to attend Vancouver Technical College and in 1938 traveled to Japan to further his education. However, it was not the kind of education his family would not have hoped for. Inouye was conscripted into the Imperial Japanese Army in 1942 and, due to his flawless English, became an interpreter. As a sergeant, he was posted at a Hong Kong prison that housed Canadian soldiers. It was there that Inouye gained notoriety as the Kamloops Kid; a reputation for brutality against his fellow countrymen. Prisoners feared his unusual cruelty. He randomly beat them, claiming it was in retaliation for abuse in Kamloops.

After the war, the Kamloops Kid was charged with war crimes and sentenced to death. His dying words were the unrepentant military cheer “banzai.” (Canada’s History magazine)

Dylan Armstrong (born January 15, 1981, Kamloops) is a Canadian shot putter. Armstrong is the reigning Commonwealth Games and Pan American Games champion and has also won a world championship silver medal in the shotput event. In addition, he holds the Canadian national record, the Commonwealth games record, and the Pan American Games record for shotput. His first true world success came at the 2011 World Championships in Athletics when he won the silver at the outdoor event for shotput. As one of Canada’s leading medal favorites and only medal favorite in athletics, Armstrong had set a season’s best heading into the 2012 Summer Olympics. Armstrong currently lives in Kamloops and trains there at the nearby National Throws Centre (Wikipedia).

Elisabeth Duckworth (born in Richmond Hill, Ontario, 1958) moved to Kamloops in 1975 when her father took a position at the Kamloops First Baptist church. She graduated the next year from Kamloops Senior secondary, and studied archeology and history at the University of Toronto. Elisabeth got a job at the Kamloops museum as assistant archivist in November 1988 when Ken Favrholt was in charge. He left a year later, and she took over as acting curator/archivist for a year before being made permanent. She retired from the museum in 2013. “Even though, working in a museum, we’re still working for the future, not the past,” Elisabeth told Kamloops This Week. (Kamloops Daily News, Kamloops This Week)

Catherine was a pioneer settler (b 23 Apr 1835, Rathfryland, Ireland; d 18 July 1918, Armstrong). She moved to America in 1850 with her family and lived in New York until her marriage in 1856 to Augustus Schubert, a German immigrant. The couple moved west to St Paul, MN, then in 1860 north to Fort Garry, where they ran an inn. Two years later they joined a party of Overlanders trekking west to the goldfields. Catherine, with her 3 young children, was the only woman with the party and she gave birth to a fourth child shortly after her arrival at Kamloops. The couple settled at Lillooet and began farming. When Augustus was absent prospecting for gold, she ran the farm and a local school. They moved to land near Armstrong in 1883. (from B.C. Encyclopedia)